“Knowing that’s not a possibility is really hard,” the actor tells PEOPLE

The cast of the Beverly Hills, 90210 reboot may be returning to the same zip code, but there’s a lot more in store for fans of the iconic ‘90s soap drama.

In this week’s issue of PEOPLE, Brian Austin Green, who will be reprising his role as David Silver on the hotly-anticipated BH90210 reboot, opens up about the cast reunion and how they are coping with the loss of friend and former costar Luke Perry, who died of a stroke in March.

While Perry wasn’t signed on to reprise his role as Dylan McKay, Green says he remained hopeful that might change.

“It’s a hard situation,” Green, 45, tells PEOPLE. “I knew that going into it that Luke couldn’t do the reboot because he was shooting Riverdale. But my honest hope was he would make time to come do at least three episodes. He was awesome.” 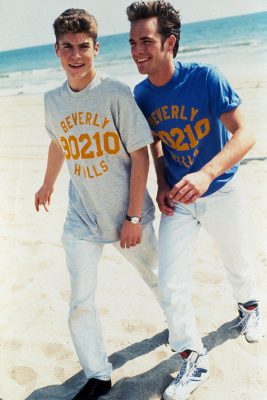 Green adds that Perry was even involved in some early discussions about the reboot’s storyline.

“We talked to him on the phone because we still wanted his input,” he says. “He was just that kind of guy. Knowing that that’s not a possibility is really hard.”

Now filming, BH90210 is slated for a six-episode revival where the OG gang from West Beverly High will be playing “heightened versions of themselves in a brand-new serialized drama — with a healthy dose of irreverence — that is inspired by their real lives and relationships,” according to the network.

“The first time we all got back together, we were in a story meeting and I stopped, like, ‘Wait a second: We’re all like sitting in the same room right now? This is crazy,’ ” he says.

Tags: Brian Austin Green Reveals There Was 'Hope' Luke Perry Would Make a Cameo in 90210 Reboot
Share Post
Jessica Alba Says She Has to T...